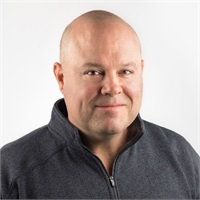 Prior to beginning his career in financial services, Steve attended the University of Illinois at Urbana-Champaign where he obtained a B.A. degree with a concentration in Economics and Finance. Steve also had the privilege of playing football for the Fighting Illini from 1986-89, and was fortunate to end a successful career as a linebacker and co-captain on a team that finished #10 in the AP and UPI 1989 national rankings.

Steve has been able to establish and maintain an extensive network of professional relationships within the financial community. His current focus is tax and accounting.  Prior to joining Swisher & Walker Financial Group in 2006, he ran his own financial company, SCG Associates, Inc. for three years. He was part owner of a separate financial planning company from 2000-02, and prior to that he spent 5 years working as a financial adviser for both Re-Direct Services, Inc. & Re-Direct Securities Corporation in Villa Park, IL.

Steven does not offer securities or advisory services.